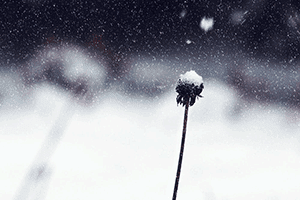 Scientists were already saying it: we are experiencing an era of increasingly extreme and severe meteorological phenomena (fires, hurricanes and floods…). Last year we had record Atlantic tropical storms, intense floods in China and India, forest fires that destroyed 20 percent of Australia’s forests, and in Spain, Filomena and the great snowfall, the effects of which are still with us. To understand some meteorological events such as the great storm ‘Filomena’, we must start by clarifying the difference between weather and climate. Only then will we be able to understand why there was so much snow in Spain during the last storm and how this was possible given that the planet is suffering from prolonged warming. The weather is the condition of the atmosphere at a particular time and moment; while the climate is the set of weather conditions over a long period of time. José Luis Gallego explains this very well in his article in El Confidencial,

“Climate scientists need to observe and analyse weather data over 30-year periods to obtain climate data that will allow them to establish a trend”. 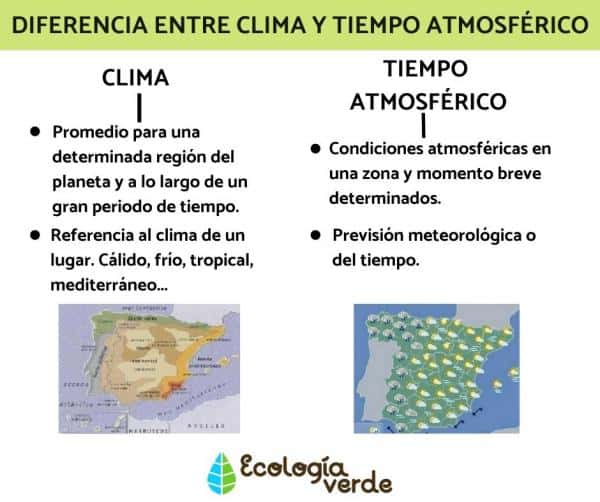 Perhaps some may think that extreme phenomena are always related to high temperatures, but this is not the case. Filomena and all other snow and rainstorms are very extreme, one-off, local events that do not reduce the Earth’s surface temperature at all. When we talk about global warming on the Earth, we are talking about the climate. And it’s not just because we are saying it. The data speak for themselves: the global average temperature was 14.9°C in 2020, about 1.2°C above the 1850-1900 baseline (when records began), and this, according to the World Meteorological Organization (WMO), would make 2020 one of the three warmest years on record to date. 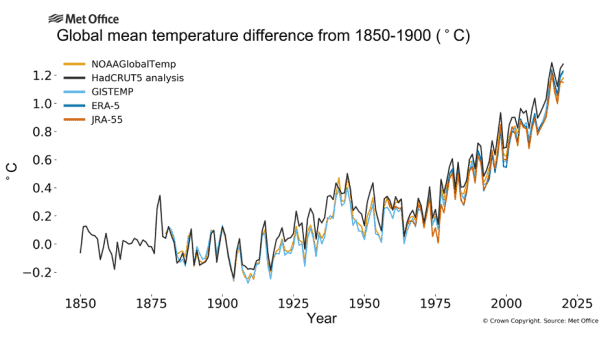 The European Union’s Earth Observation Programme Copernicus recently confirmed that the last six years have been the hottest ever. Therefore, this climate change is having a direct impact on the frequency and severity of extreme meteorological events. In the latest press release published on 14 January this year, Professor Petteri Taalas, the Secretary-General of the WMO, stated:

“The temperature ranking of individual years represents only a snapshot of a much longer-term trend. Since the 1980s each decade has been warmer than the previous one. Heat-trapping gases in the atmosphere remain at record levels and the long lifetime of carbon dioxide, the most important gas, commits the planet to future warming“.

With regard to carbon dioxide, although 2020 registered slightly lower figures than 2019, experts are firm: “Until global emissions are reduced to zero, carbon dioxide will keep building up and fuelling climate change“, insists Vincent-Henri Peuch, Head of the Copernicus Atmosphere Monitoring Service (CAMS). To conclude, a real, firm commitment is needed by international governments to support the fight against climate change and the drastic reduction in CO2 emissions. That is the only way to reduce its devastating effects, which are impacting every part of the planet in every way.

We invite you to bring this news item to the classroom so that your students can learn more about climate change, its causes and effects.

You can also use this free resource to work with students aged between 3 and 6.

Educaclima uses its own and third-party cookies to allow navigation, analytical purposes and to show you personalized advertising based on to a profile made from your browsing habits (for example, pages visited). Click HERE to access our Cookies Policy. You can accept all cookies by pressing the "ACCEPT" button or configure or reject their use by pressing the "CONFIGURE" Button
SET UPACCEPT
Manage consent

This website uses cookies to improve your experience while you browse the website. Out of these cookies, the cookies that are categorized as necessary are stored on your browser as they are essential for the working of basic functionalities of the website. We also use third-party cookies that help us analyze and understand how you use this website. These cookies will be stored in your browser only with your consent. You also have the option to opt out of receiving these cookies. But opting out of some of these cookies may affect your browsing experience.
Necessary Always Enabled
Technical cookies are absolutely essential for the website to function properly. These cookies guarantee basic functionalities and security features of the website, anonymously.
Functional
Functional cookies help to perform certain functionalities like sharing the content of the website on social media platforms, collect feedbacks, and other third-party features.
Performance
Performance cookies are used to understand and analyze the key performance indexes of the website which helps in delivering a better user experience for the visitors.
Analytics
Analytical cookies are used to understand how visitors interact with the website. These cookies help provide information on metrics the number of visitors, bounce rate, traffic source, etc.
Advertisement
Advertisement cookies are used to provide visitors with relevant ads and marketing campaigns. These cookies track visitors across websites and collect information to provide customized ads.
Others
Other uncategorized cookies are those that are being analyzed and have not been classified into a category as yet.
Powered by

This site is registered on wpml.org as a development site.